Mountaineering is a sport and active recreation, the goal of which is to climb the mountain peaks. The sports essence of mountaineering consists in overcoming natural obstacles created by nature (height, relief, weather conditions), on the way to the summit. In sports competitions in alpinism, the object of competition is the height of the peak, the technical complexity of the traversed route, its nature and extent.

The peak of Ismoil Somoni - the highest point on the territory of the former USSR, is on the list of ascents for the implementation of the "Snow Leopard" standard. It is located in Tajikistan in the northwestern Pamir at the junction of the ridges of the Academy of Sciences and Peter I. 13 kilometers from the peak of Ismoil Somoni is Korzhenevskaya peak. In 1931 the mountain was named the Stalin Peak, in 1961 it was renamed to the peak of Communism, and in 1999 year by the authorities of Tajikistan was renamed again and named the peak of Ismoil Somoni. On the peak of Communism (I. Somoni) there are more than 30 routes. The most difficult ones are from the Belyaev glacier. There is a steep rock wall of the south-western exposure, the length of about two kilometers, of which 600-800 meters (called "belly") have a slope close to 90 degrees.

Peak Abuali Ibn Sino (Lenin) is on the border of Kyrgyzstan and Tajikistan. This is one of the five seven-thousandths of the former USSR, the highest peak in Central Asia. On the territory of Tajikistan is called the Peak named Abu ali ibn Sino, renamed in 2006, until 1928 was called the peak of Kaufman. It is located on the part of Kyrgyzstan in the Chon-Alai district of the Osh region, on the part of Tajikistan in the Murgab district of the Gorno-Badakhshan autonomous region. Mountain system Pamir. It was considered to be the highest peak of the former USSR, until after ascents it was revealed that the peak of Ismoil Somoni (peak of Communism) is higher, its height is 7495 meters. Peak of Lenin from the Alay valley. The vertex in the east is connected by a watershed crest through the Krylenko (5820 meters) pass with Oktyabrsky peak 6673 meters), in the west, through the Razdelnaya peak (6,148 meters) with Dzerzhinsky peak (6713 meters).

Peak Korzhenevskaya is one of the five highest peaks of the former USSR. It is located on the territory of Tajikistan in the northwestern spur of the Academy of Sciences. In 13 kilometers from Korzhenevskaya peak there is another famous seven-thousand-square former Soviet Union - Ismoil Somoni peak, better known as the Peak of Communism.

View Tour
“We had such a great time. Everything went over smoothly and our guide was very knowledgeable. I would absolutely recommend them to anyone. They really exceeded my expectations. I know I'll be back for sure! Thanks to you Pamir Peaks.”
Amy Johnson
Tourist from Czech Republic
“Amazing trip; Great Pamir mountains, food, and awesome guides. We had an excellent trip. Big group, but easily accommodated by Pamir Peaks. The food was amazing, the weather was perfect, and the mountain was interes”
Doug Martin
Tourist from Spain 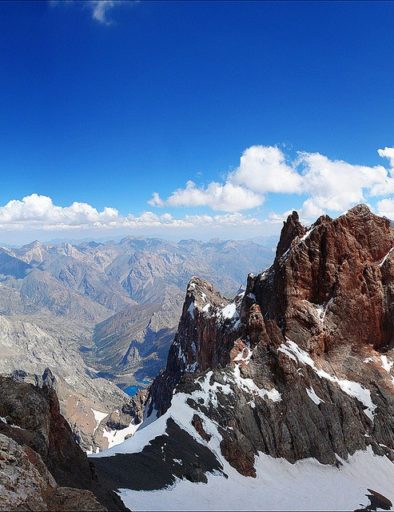 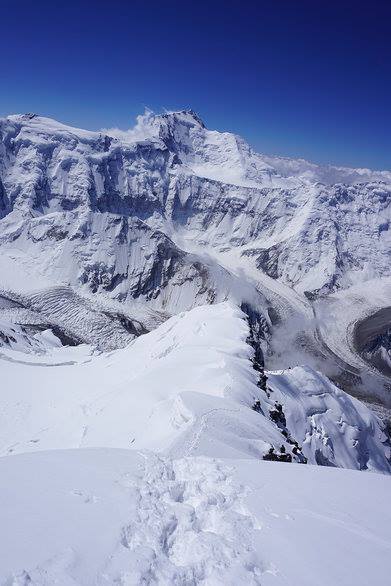 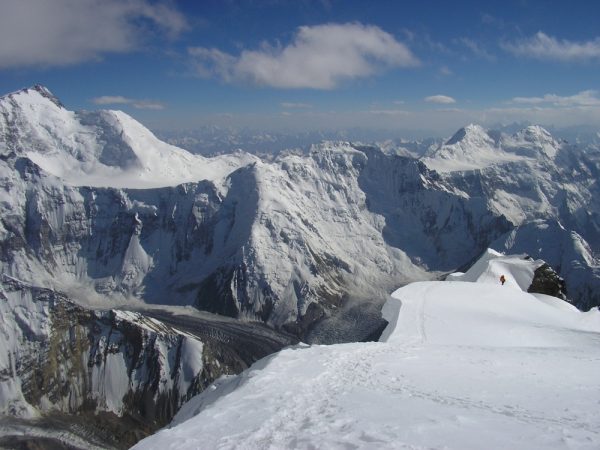 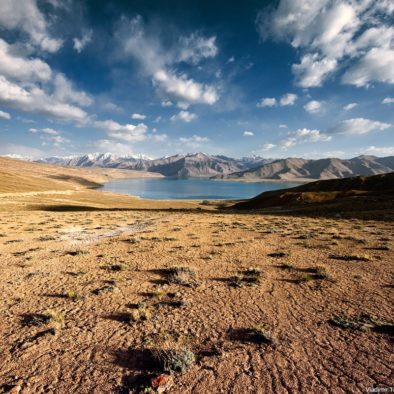